Brooks Simpson at Crossroads reminds us that Richmond’s fall was also a significant moment in emancipation of slaves in the Civil War, especially as the main Union troops to enter the city first were African Americans of the U.S. Colored Troops. 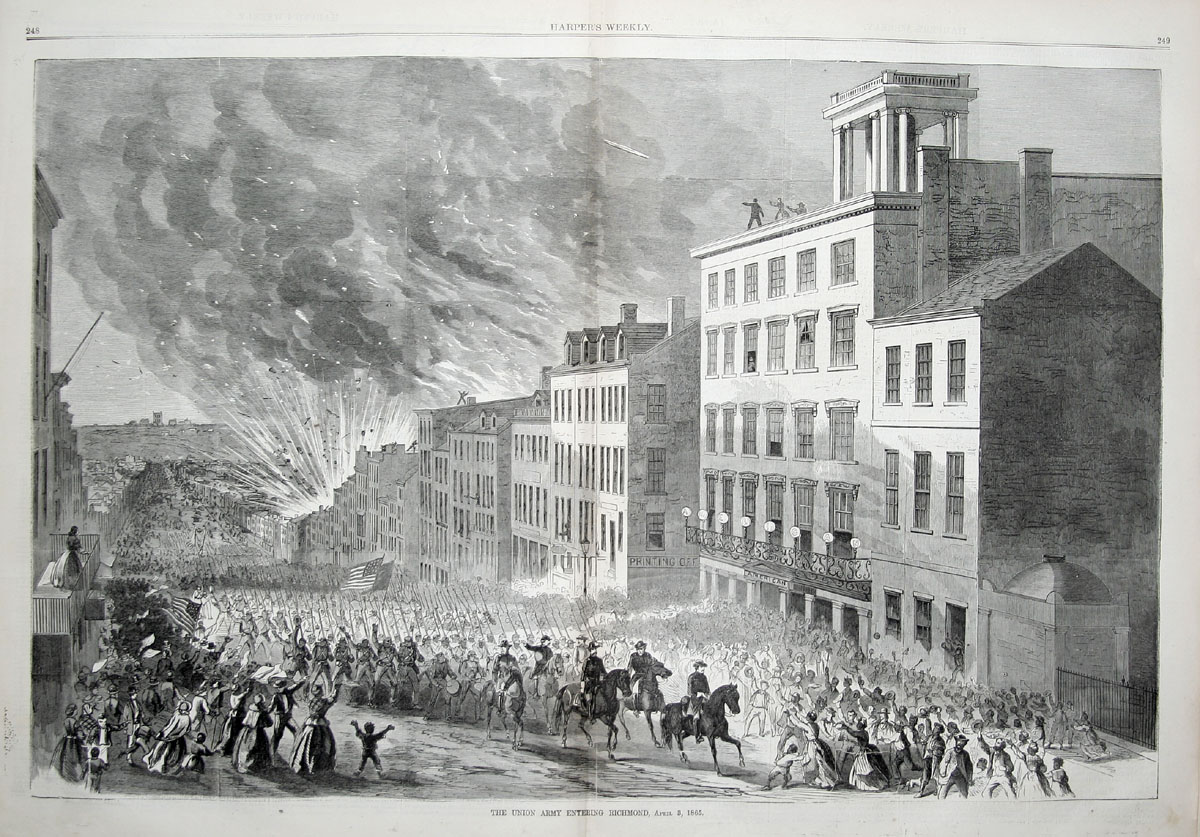 On April 3, 1865, United States soldiers, most of them African Americans. entered what had been the capital of the Confederacy, freeing what had been Richmond’s enslaved population. Although there were other days in the war when more people were declared free by proclamation, legislation, or constitutional amendment, this day 150 years ago freed a great many human beings, although the entrance of US forces into Charleston, South Carolina, again spearheaded by black soldiers, secured the freedom of another large number of human beings.